It's been three months since I promised to post photos about the trip back from the Bunya Mountains. The moment may well have passed, and it isn't as if those posts I've linked to elicited any kind of discernible reaction, but since it was such a lovely trip back, via the Jimbour Estate Winery, and I'm not one to waste a mobile phone photo, well I've decided to make a record of it here for myself. (Sometimes I wonder what will happen if Blogger ever goes belly up; they will take these years of my life with them). Upon arriving at the Jimbour Estate, this is the first building we encountered. I think it's a converted mill tower, but I can't really remember. Anyway, this is where we tasted some wines, and where the kitchen was, from which we ordered lunch. 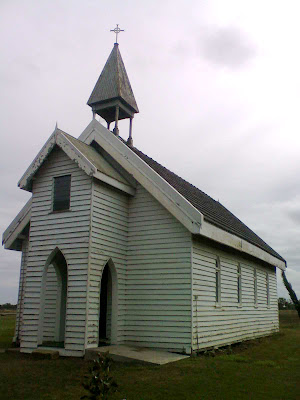 As we walked down a tree-lined path towards the main house there was this church. I did take some photos inside but it was fairly non-descript in a strictly Protestant way. 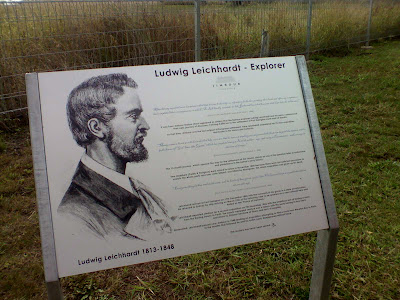 This sign pays homage to Ludwig Leichhardt for whom Jimbour Station served as the last outpost of civilisation before he went off on one of his explorations. I thought of Voss when I saw this sign, but I'm not sure if it was actually the point of Leichhardt's last hurrah. 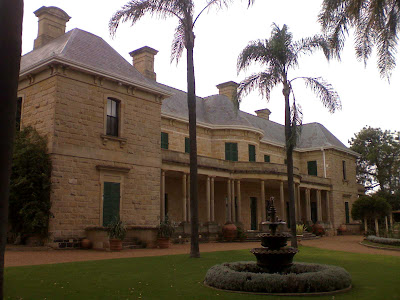 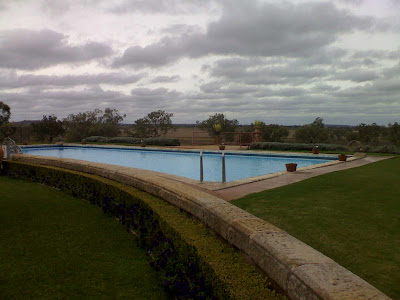 Next to come into view was this magnificent pool. Another of my travelling companions informed me that this was the pool from the mini-series, Return to Eden, starring Wendy Hughes and James Reyne. I remember watching it as an early teenager, so that just added crocodile attacks to the haunted atmosphere. 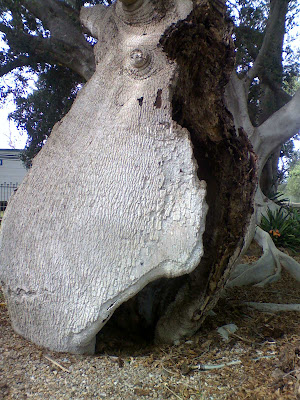 And as if that wasn't enough to make us all jumpy, then the information that back in the station's heyday they used the bottle trees for target practise ensured a quick retreat to the expansive vegetable garden nearby. 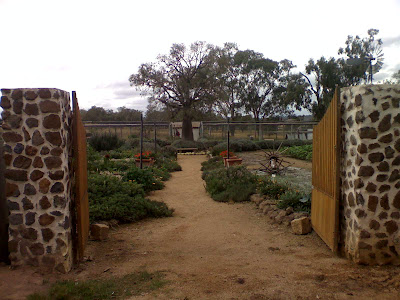 Next: Garden Retreat.
Posted by Kirsty at 9:51 am

I could never understand in the original Return to Eden how after she came back after the crocodile attack and became a model,NO-ONE recognised her. She looked EXACTLY the same except for some
80s shoulder pads and liberal use of hairspray.

Apparently it was all down to plastic surgery--obviously in the form of a sharp jab to the eyes of everyone around her.

Yeah, I can't tell you how much I recall loving Return to Eden.

Thanks Lucy, for responding to my whiny whining : ) And, yes, I am interested in that blogger backup.